I love autumn. The long summer holidays are over and children are back at school, so everything seems quieter and a bit less manic! The trees and flowers aren't quite ready to switch off but you can sense the coming season and I'm looking forward to the mists and mellow fruitfulness.

However for the next couple of days I shall be unable to get out and about much to enjoy it all, so will spend the time experimenting in the studio.

Today's idea is rather an odd one - I'd seen a video on facebook - of someone piping paint just like they would icing on a cake. Lots of swirls of buttery paint, which looked remarkable. I'm not sure that there's an awful lot of things that it would be useful for, but it looked such good fun I had to give it a go.

Of course the video gave no idea of how this was done except a clip of mixing paint. I think if you used thick acrylics this would work but you'd use a lot of paint. I rummaged in the cupboard and came up with some modelling paste which I thought might spread the paint a bit further. 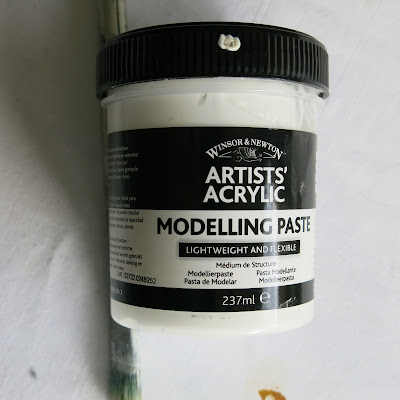 I also bought an icing kit for....25p!!! This was remarkable value from Wilko (no affiliation) and it certainly isn't worth spoiling proper metal cake icing tubes for this. I also bought a small wooden box from CraftWorks for £1. 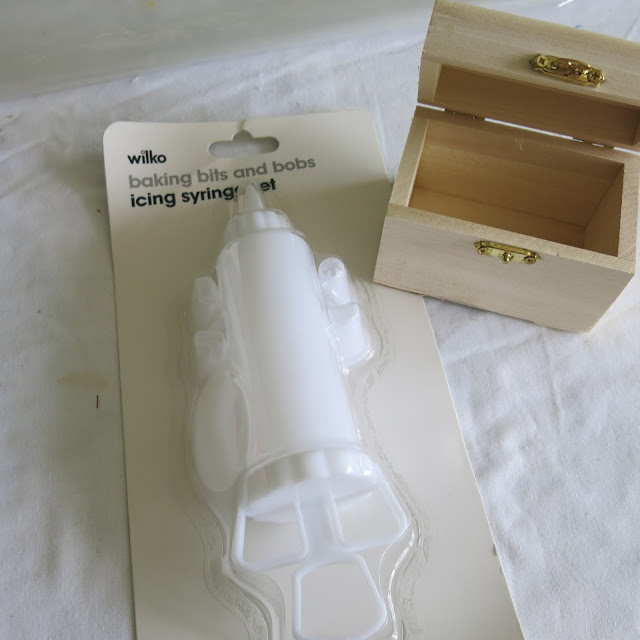 I covered the box in a base layer of gold paint and began to mix some paint. 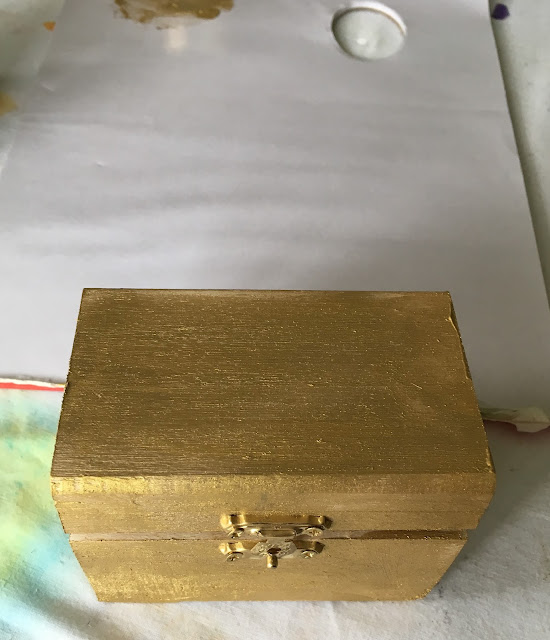 The paint is ordinary acrylic paint in a tube - this is cadmium red, red interference (to give a glittery finish) white, and the modelling paste. 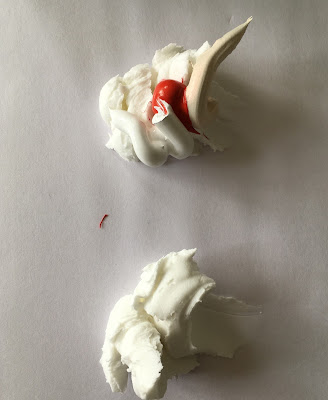 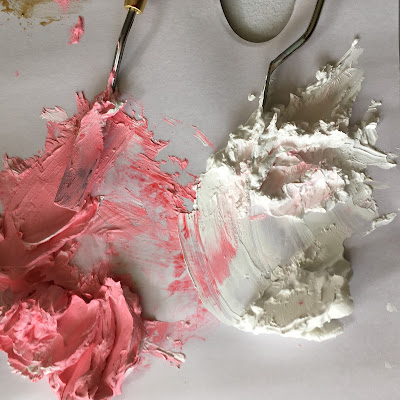 I then put both lots of paint into a disposable piping bag with a tube in place, and squeezed the paint down into the nozzel until it was ready to pipe. 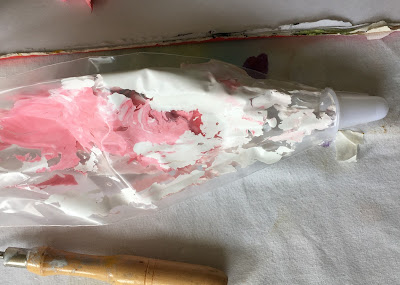 It was just like piping onto a cake! Because 2 colours of paint went into the bag without being mixed first, the resulting piping was bi-coloured. 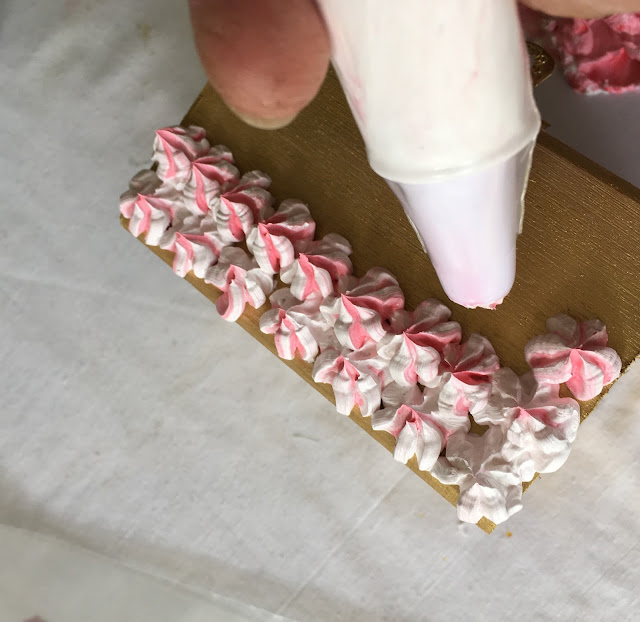 I covered the top and put a bit around the bottom too. I was running out of paint to do more so left it at that. 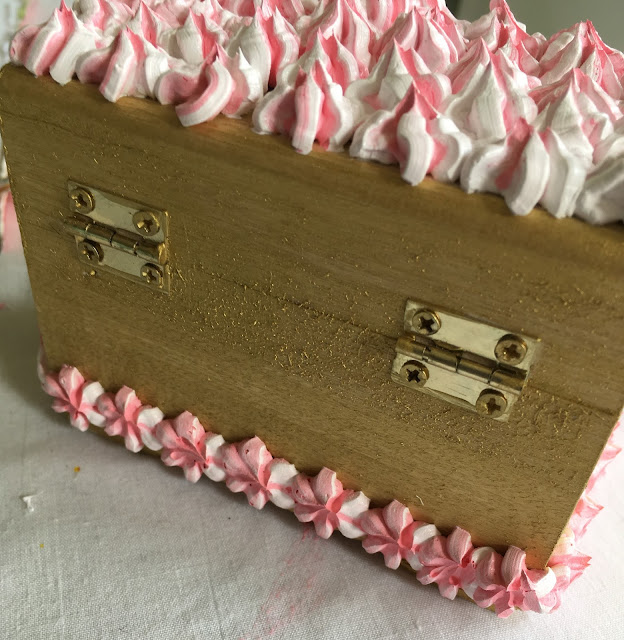 And here's the finished box. No idea how long it will take to dry but probably about a day. A very cheap and unique way to give a small present, in this case to a child. 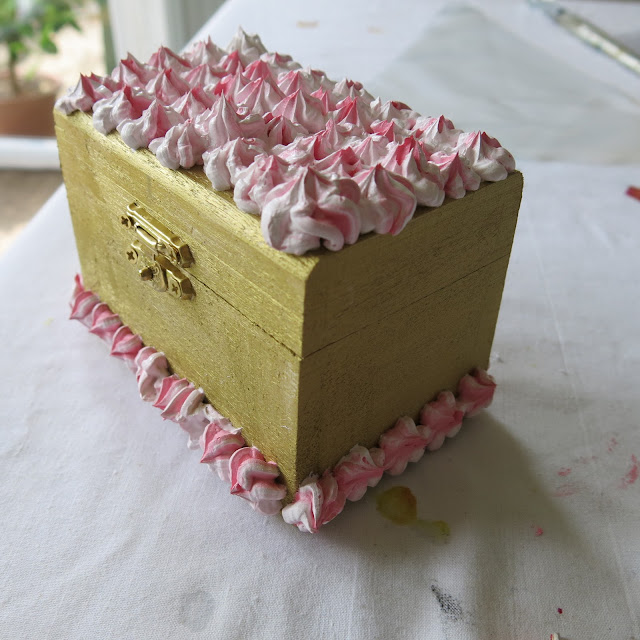