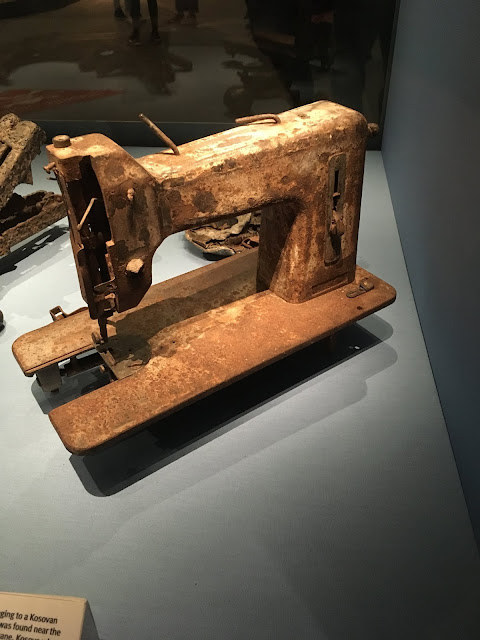 I'm digressing a bit for this posting. On a recent visit to the Imperial War Museum North, I came across the above sewing machine which I stared at for some time. It belonged to Hetem and Syleme Ahmeti.

Their house and contents were destroyed by NATO cluster bombs during the 1999 Kosovo War. Before the war Mrs Ahmeti had earned an income mending clothes with a sewing machine which was destroyed in the attack. One year after the war ended, the Ahmetis were still living in a United Nations refugee tent. They could not rebuilt their house because of the danger of unexploded bombs. 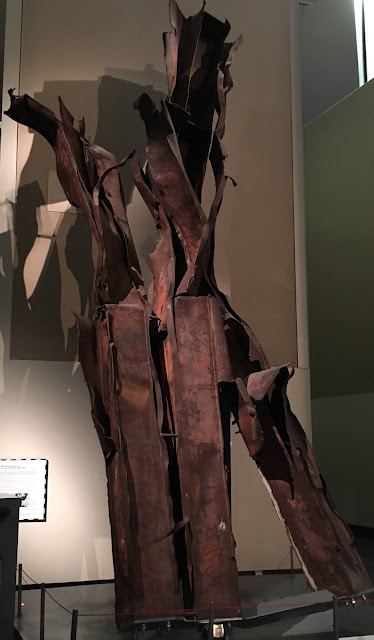 On the 11th September 2001 the Twin Towers were destroyed They were the tallest towers in the world when they were completed in 1974, standing as glistening beacons of structural innovation. They employed a radical framed tube structure to carry the load in their facades – thereby doing away with the need for columns inside, freeing up the interior for more office space. Imperial War Museum North has part of the towers - many were sent to museums around the world - to remind everyone of the horrors of the day and war in general.

The scale of the mangled metal and the destructive power needed to do this to a building were horrifying.