Nearly finished - life paintings in a series called Up and Over.

The piece is about the 1980’s (other paintings are for different eras) and more specifically female anti-feminism. I have Barbara Cartland (do you know, she actually wrote that women shouldn’t wear trousers, as it confused men and made them homosexual!) Margaret Thatcher because she could have done so much and didn’t.  Mother Teresa because although many regard her as a force for good, she believed “poverty is the gift of God”, caring for women in Calcutta whilst struggling against contraception. Sarah Palin because Alaskan women were forced to pay for their own rape kits to the tune of $1,200, banned books, and she doesn’t support sex education – “she preaches a dystopian future, feminism without any feminists”. 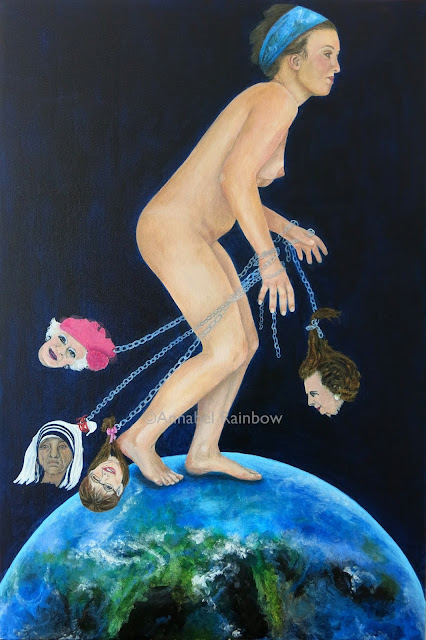